Photos: First Look at ‘Lawless’ aka The Wettest County in the World

I’m not sure how many know about this film, but I’ve been on pins and needles for well over a year since the adaption was announced (then cancelled, then announced with new financial backing).

I’m a big fan of both Tom Hardy and Shia LaBeouf already, but the chance to see them both in a period drama about real life bootleggers is something I can’t pass up. I’m posting about it today because the film, which was just gifted the name ‘Lawless‘, has it’s first official photo released in this scan from Entertainment Weekly: 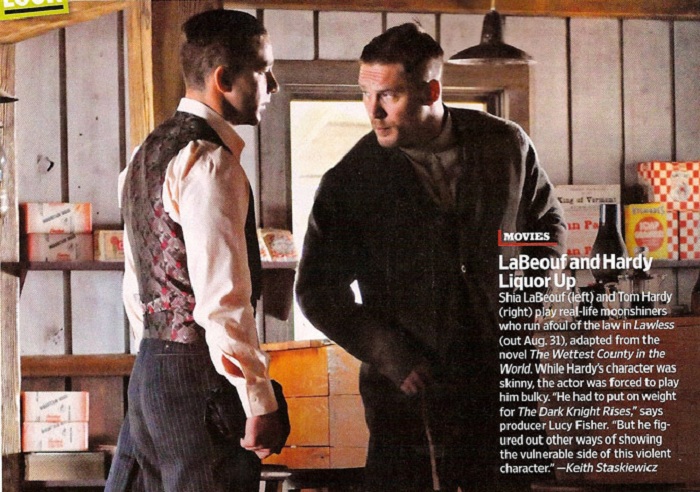 First Look at Shia LaBeouf and Tom hardy in Lawless

It was hailed at Cannes last year with both lead actors already being talked up as Oscar threats – I can’t wait to see it when it premieres in August!